You are here: Home › In the news › Zoleka Mandela finds hope 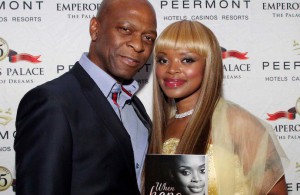 After more than a decade of drug, alcohol and sex addiction, the loss of two children, four years of sexual abuse as a child, a highly public breakup and a mammoth battle with breast cancer, Zoleka Mandela (33) has finally found her purpose in life.

Opening up to the world about the sordid details of her life is one of the hardest things Mandela says she’s ever had to do.

But she’s able to sleep better at night knowing that her purpose in life is to spread cancer awareness, inspire others battling substance abuse and uphold the iconic family’s legacy. However, she’s also bracing herself for the backlash she’ll undoubtedly receive.

“I was the worst parent to my kids and I know that what I’m doing right now is celebrating my kids so that I can at least make them proud one day. (The editing process) was extremely difficult because I hadn’t been truthful to myself and an honest person for a very long time in my life so I always have to remember the reason I wrote this book and remember the promises I’m making.

“I’m at a phase in my life right now where I believe that the sacrifices I’m making are to the benefit of others,” Mandela said at the intimate launch of her autobiography, When hope whispers, held at Emperors Palace last night.

“The title is about letting people know it’s not too late to change your life and rewrite your own life story. I’m hoping that I’m that emotional crutch for people struggling through their journeys,” she added.

Clean and sober for three years and three months now, Mandela says the reminder that she chose drugs and alcohol over her children drives her resilience to stay clean. Having a renewed purpose in life and the support of her family and partner, Thierry Bashala, also helps keep her sober, she adds.

Many members of the Mandela clan attended the book launch, including matriarch Winnie Madikizela-Mandela, who spoke of the family’s devastation over Zoleka’s cancer diagnosis and humbly thanked the medical team who nursed her back to life.

Having recently released a book of her own, entitled 491 Days: Prisoner Number 1323/69 – based on a journal she kept during detention – Mandela said she found it “very difficult” to write the foreword for her granddaughter’s book, ripping through 10 drafts before she was finally content with it.

While the void of losing two children — her daughter Zenani died in a car accident after the pre-Fifa World Cup concert and her son Zenawe was born premature and died two days after birth (and exactly one year after her daughter’s death) — hasn’t been filled, Mandela says she’s working through it.

“I think it’s still a work in progress. I suppose I’m comforted by the fact that I know I’m somehow making an impact in people’s lives,” she says.

So what’s next for Mandela? She says another book is in the pipeline, but she remains tight-lipped about its contents. She’s also working on a film that documents her cancer journey through chemotherapy and doctors’ visits which was “put on the back burner” on account of the book.

A mom to 10 year-old Zwelami, Mandela says she’s keen to extend her family, hoping to have seven more children.

When hope whispers (Jacana, R195)  is available at bookstores nationwide.